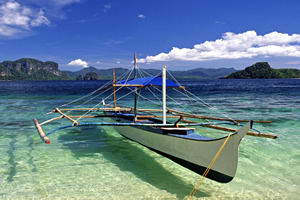 Order of your Empress/ Change of Government

CC-list to Church and Politics

The German-language document you may find here!

Dear Members of the Government!

By this letter, too, you will have to realise very quickly that the acting skills you have delivered can only be carried out without the actual power of government.

However, your Empress is giving you the chance not to make a cheap getaway, but to go abroad as diplomats to set the necessary course.

In future, your Empress will only allow people to occupy seats that you have occupied up to now who meet the following requirements:

A politician must be at least 45 years of age and come from daily life to be allowed to sit at the round table. He must have the will and the intuition to want to lead people into a secure future and be willing to argue fairly for his convictions.

At the age of fifty, a politician is allowed to take the floor; the older he is, the more competence his word acquires.

A politician must be a man, although in this difficult transitional period of ours, very few women, designated for this purpose, who will be expressly named, may also take the floor, whereby your Empress will be the last woman in a true leadership position in history, in order to end this state of affairs as well.

A politician must be able to present a "carte de visite" which also underlines a role model function at the same time.

He must be able to have born his family in every respect and responsibility. This means that he must have protected and secured his wife and children as well as at least one parent, especially the mother, for the rest of their lives.

He must have a faith in God, whereby your Empress must insist in these very difficult times that a man in such great responsibility is a Roman Catholic but only very great exceptions are allowed to deviate from this in order to be approved for this position. Especially abroad, where there will be very few suitable Roman Catholics, great exceptions are allowed, but even there, for security reasons, some Catholics must be placed in the appropriate position.

This decision is justified by the fact that a Roman Catholic is closer to our Lord and God than any other human being, which has been confirmed by your Authorities and thus, by logic the sentence is set according to responsibility.

The closer a person is to the actual law, the more will have to be demanded of such a person.

In plain language, this means that the clergy, however, only the true ones belong in a leading position of power, as they then also normally have to answer for injustices and grievances at the end of their lives.

Quite apart from this, your Empress has sufficient knowledge regarding the laws of nature, which must always be integrated into the entire course of life and into the world economic system.

Also, natural laws are primarily coupled with people who are designated and later appointed as clergymen, so that a true clergyman will make the right decisions that are willed in the higher sense.

You will now please introduce some of the clergy such as bishops and cardinals together with the designated politicians into the affairs of government so that they can acquire the necessary knowledge to be able to take over the finances on their own later.

Now, for the time being, the entire secular power lies in a "single hand" for presumably another twenty years until everything can be secured and regulated.

Now you have King Juergen who has to supervise and lead the whole world order as a normal person from the not everyday life.

This "one hand" also consists of the Emperor and the Empress, so that there will be a threefold safeguarding by a natural law.

A real politician must be able to develop ideas that originate from his person and not, as has become customary, to make use of the comments and discussions of others after a problem has become publicly known, and then to give a good summary of it to the public and then to pass the new legislative resolutions.

Here in the FRG, the "clever foxes" who use this method have been known to your Empress for a very long time, and they are also very anxious to represent a good, responsible image to the outside world, although in reality they adorn themselves with borrowed plumes!

One can and should of course accept and embrace the knowledge of another if one is convinced of it, but then one does not play the wise man if one has no foundation of one's own, but makes way for a wise man!

Unfortunately, such people described are themselves convinced that they belong in a limousine or in a private plane and are irreplaceable, as they have to sacrifice their nerves to defend themselves and protect themselves against the attacks of the media and those of the opposition.

It is true that nerves are really one of the most precious item a human being can give away and consume, and thus even as a politician one comes close to a high level of earnings such as fixed diets.

Unfortunately, it is too often overlooked that, for example, men who have become unemployed, who sit at home and are annoyed day after day, also because they will feel deported, superfluous and useless, are additionally burdened by financial problems and will gradually lose the necessary respect for his wife and the whole family, can also be a nervous wreck.

If then your Empress also observes how you as politicians in the Bundestag are pushing each other up through the opposition procedure and putting obstacles in each other's way in order to get even a single sensible law through, then one has to be surprised that there are supposed to be scientists who deal with politicians and the political systems and have come to the conclusion that this form of government of ours as a democratic-parliamentary federal state has its clear downsides.

Unfortunately, these academics could not really assert themselves with logic and expertise as well as the clearly evident facts; thus, your Empress wonders why these people have studied and will then still draw a quite respectable salary, presumably it is hush money after all.

That a government should not only orientate itself on what the people want, but must orientate itself on what is best for the people, so that the security and satisfaction of all people is equally distributed, is guaranteed, also with regard to a future and coming generations, you and your scientists probably did not think of that or then preferred to pocket the hush money.

If one is guided exclusively by the wishes of the people and thus by the favour of the voters, whereby people quickly become boundlessly insatiable, then one will ultimately end up at some point in a collapse, which must inevitably take place through a misappropriated exploitation of the earth and an associated imposture that cries out to heaven!

This collapse is also increased and magnified by the fact that man wants to get out of the deadlocked rut and thus become not be able to get enough. Now man sits down in an aeroplane and wants to experience something, away from everyday life and away from his own future prospects, so that the ozone layer will inevitably become thinner and thinner until it is completely destroyed and the greenhouse effect, which is already showing its effects, already predicted by scientists, through the strong temperature fluctuations of more than 20 degrees Celsius within twenty-four hours, can no longer be denied.

Again, hush money will probably be pocketed, although now it will certainly not be just one scientist; there will be concordant bases of knowledge.

One cannot blame small children if they first want to play a big man, but then prefer to pocket the money so that they can continue to play; an adult must be reproached for such behaviour, because otherwise he has only acquired his knowledge for fun and to pass the time, and takes a place as just a kind of tokenism for the dubious world economic system.

The circulatory system of many people is sounding the alarm because of the strong temperature fluctuations; this is a sure sign that the cycle of life is in danger.

Add to this the fact that in the Third-World-Countries people die of starvation or other various causes on a daily basis, especially when the forces of nature such as earthquakes claim human lives.

Here, too, the cycle of life is visibly threatened and moves to the next step into the Monumental-Realm, so that in the end the whole solar system can collapse.

You will have to start moving now for these reasons mentioned and slowly but surely bring down the whole industrialisation and worldwide exploitation of the earth evenly.

Please stop all road works such as planned highways, suspended railways and canalisation and anything that will make the earth plates even more immobile and rigid.

Get people out of the earthquake-prone areas and also get people down from the high rise buildings as well as skyscrapers in time without any panic.

At the same time, you will invest in double-sized allotments and have residential houses built there, without deep steel and concrete-enlargements as well as without fixed sewerage systems. Your Empress will hopefully not have to write to you separately about underground extensions or enlargements  either.

You will only have about a year* left for these orders and should start implementing them evenly distributed.

You will not be able to accommodate all the people appropriately in this short time, but the people must have left the high-rise buildings at some point in order to be able to start the restructuring together, which has probably already been confirmed.

The sooner and the more people will be resettled, the easier and safer will be the realisation of a not inconsiderable miracle.

The better you can manage your time with the energy reserves you need, such as fuel for planes, gas, petrol, oil, coal, electricity, water* and food, the safer life will be for all of us.

The sooner you all submit to your Authorities, the safer is the way for all of us.

The sooner you inform the majority of the population of the reality, the more stable the matter and the Lord's comission will be for all of us.

Your Empress is of the opinion that Dr. E. Stoiber would be a suitable politician, however, after the election campaign he too will have been made into half an actor by the media; also, his strength and his nerves, which should be used for the Lord's matter and comission, will be so reduced that probably someone else will have to fill the place, which would be a great pity, because his own ideas and proposals for solutions with values emanate from him.

Now this letter again contains very few foreign words, so that hopefully my person will not be misunderstood by you!

Please also pass this letter on to your King Juergen and to Cardinal Lehmann. +

Please ensure that the cloning of a living being is immediately prohibited worldwide and prevented accordingly. You and others really do not know what you have allowed to happen!

*This letter is also ahead of its time, but it has recalled its validity today at the latest.